Two years ago I took my adult education astronomy class to the Scottish Dark Sky Observatory in the Galloway Forest, near Dalmellington.   Linda wasn't able to go, so we were glad to be invited there for the Geminid meteor shower on the evening of 13th December this year.   There was to have been a public meteor watch, but it was called off due to bad weather and particularly the condition of the road up to the Observatory.

However this event was organised by a TV company filming a series of events for Landrover, who are bringing out a new model.   A family from Rochdale had been chosen and were going round Britain accepting challenges at landmarks and beauty spots.   As it turned out the real challenge was getting up the hill, but the Landrovers made it despite the ice and the hairpin bends.   Filming was a bit rushed because we were supposed to get back to Troon for the AOTF annual dinner, and in the end we missed that anyway because Linda was taken ill.   But the crew did an excellent job of taking case of us, getting us down the hill and to medical help, so it all becomes an adventure story.    Linda's better now and definitely on the mend, so our major regret is missing the curry and the company that we were looking forward to. 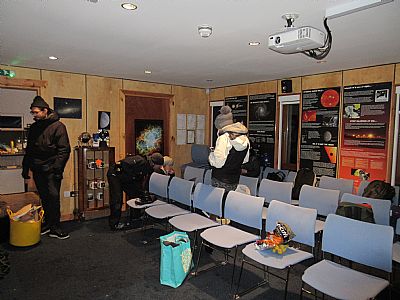 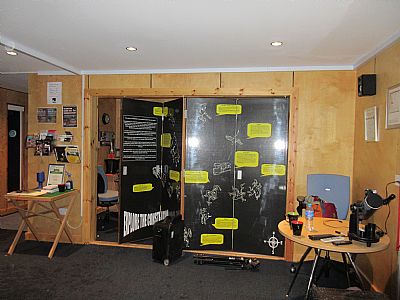