Linda and I went up to Sighthill Stone Circle on the 19th September 2013 at about 14:30 hrs to record an interview with Gillian Sharpe for the program BBC Radio Scotland's “Good Morning Scotland” which is being aired on Saturday 21st September 2013.  We discussed how the Stone Circle came in to being and what is going to happen to it in the future.

If you don’t get to hear the program on Saturday which starts at 08:00hrs don’t worry as I will be putting a radio iplayer link to it on the blog later. Gillian also interviewed Linda, Jack Forbes and David Horton-McGlone.  But we won’t be sure what actually gets aired until the program goes live.

Below are some pictures  (copyright LLunan). They are a bit dark as it was pouring with rain. 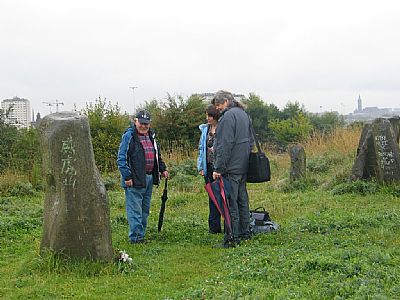 Jack Forbes, Gillian Forbes, and myself 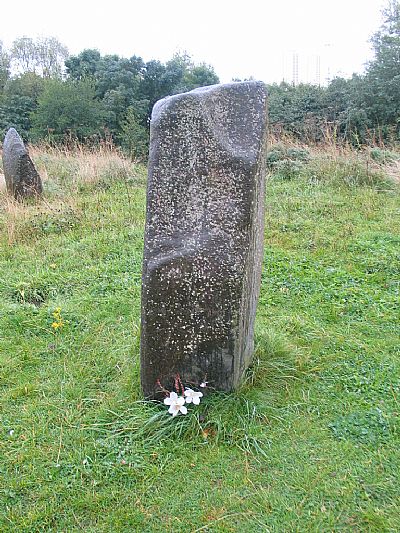 The air is much purer now hence th eloads of lichen on the stones. 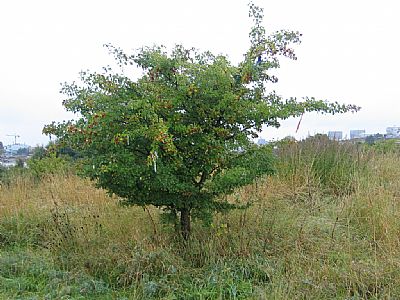 Offering Trees with offerings from the Druid/Pagan and Buddist community. 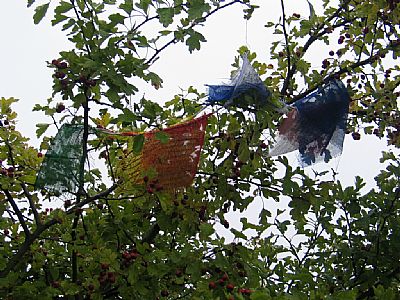 Flags from the Buddhist community. 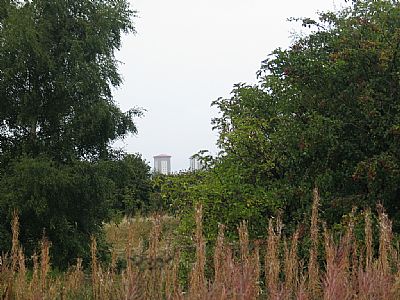 A view from the Stones...