(by The Lady Enlightener)

The Ritual held at Sighthill Stone Circle on the Autumn Equinox  was not just a time of balance (daylight hours equalling the hours of night) and thanking Earth for her gifts but a final formal ritual  of the Stone Circle in its present form.

After food and drink was given to everyone and to the Earth  a  paper phoenix was burned symbolising that the stones will rise like the phoenix.   The Stones will after their removal become part of a new project based on a labyrinth.

Though tinged with sadness the night was endowed with a beautiful sunset.  Friendships were rekindled and new friendships formed.

Photographs below are of the preparations before the Ritual and the beautiful Sun setting.   (copyrighted LLunan 2013) 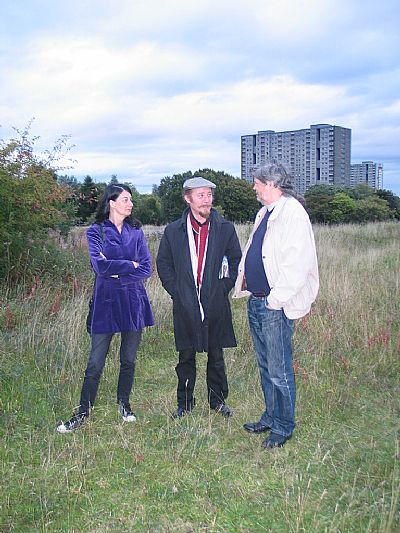 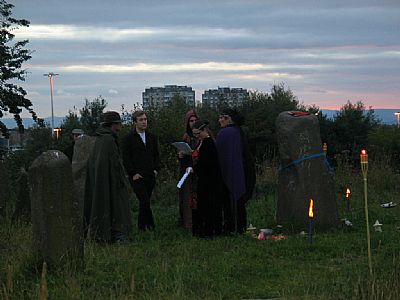 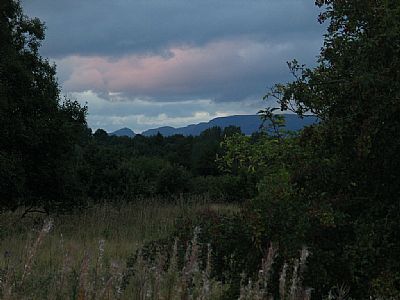 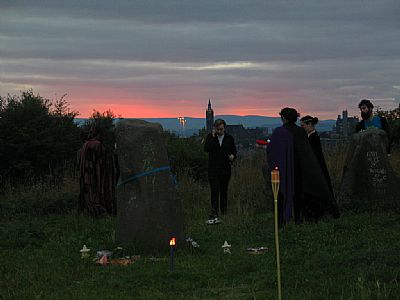 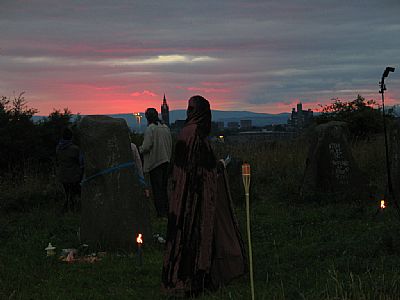 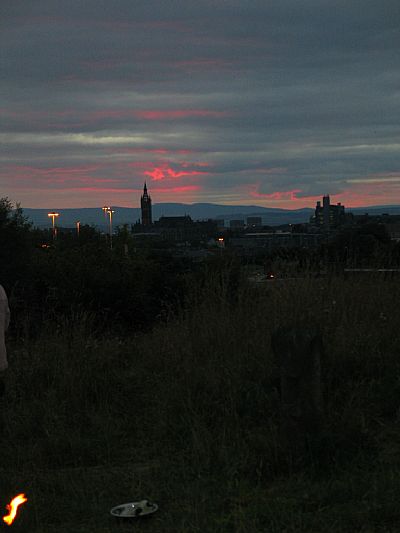 A copy of the leaflet that Nick gave out at the ritual below: 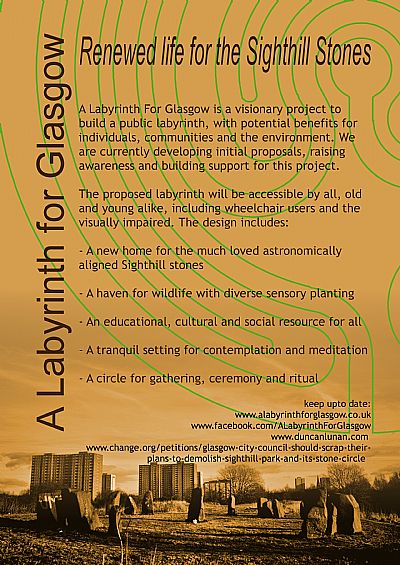 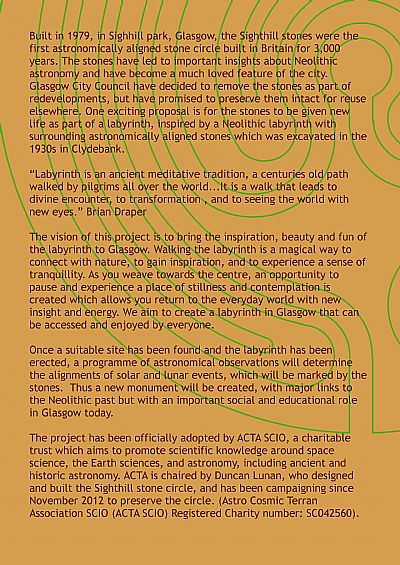