Many thanks to everyone who sent good wishes for my mother's 100th birthday - here's the report on our trip.

Linda and I left Troon at 7.15 on the morning of Friday 1st, taking the train to Glasgow and the Gold bus to  Inverness from there.   It's six years since I last did the trip by bus and the Gold service is much better than the regular Megabus, with better seats, more legroom, drinks and snacks served, and best of all no change of buses  outside Perth, which can involve a long wait in cold and rain with no shelter.   The coach was due into Inverness just before the departure time for the Express bus to Dornoch, so we'd had to book on the one after, but we made the earlier connection and saved a two-hour wait.   The result was that we arrived at Dornoch two hours before scheduled.

The weekend plan was originally for a semi-formal event at the Oversteps care home on the Saturday, where Mum lives, and a family lunch at the Achness Hotel in Rosehall on the actual birthday, Sunday 3rd.   So many people wanted to come, however, more than Oversteps could cope with, that the Sunday had become lunch for 30 people.   But when we arrived at the Burghfield Hotel in Dornoch on Friday, there were my mother, my sister Mary, my cousin Shirley and her friend Janet, who had come there for lunch, not expecting to be still there when we arrived.   So we had coffee and cake with them - the hotel had made the cake specially.

We had intended to spend the evening in Dornoch, but it was a really wet night, so after going out for a meal and doing some shopping for the weekend, we went back to the hotel and watched some TV.   The following morning was the same so we didn't go out, but having decided to eat at the Burghfield, when we went down for lunch we met our niece Polly  (Dave Goulder's daughter), her husband Paul and daughter Clara  (2), who had arranged to meet friends there not knowing we'd be there too.After lunch we had our first real setback.   I'd spent some money getting my kilt repaired  (it's the one my father wore to marry my mother in 1944, andstitches are going).   The firm offered to reline it and I agreed, but they took it upon themselves to replace the side straps, which I hadn't  asked for.   They didn't realise that I'm bigger than my dad, especially as I getolder, and I'd had the straps lengthened.   We got the kilt back from therepairers on the Thursday and as time was short, I repacked it straight fromone bag to another.   So I took it and the jacket and all the rest all theway to Sutherland before I found I couldn't fasten it, which was a shamebecause my nephew Alasdair had bought one in the same tartan and hired thejacket etc so we'd be a pair.   Luckily I'd packed my good trousers as abackup so I was in them with white shirt, red tie and blue jersey - at leastI had the Seaforth MacKenzie colours!

Dave's ceilidh band has often played at Skibo castle, who sponsored part of the reception including a pianist and a singer.   After the toasts the Lord Lieutenant of Sutherland  (who's a lady)  presented the telegram from the Queen, to which Mum responded 'Who's that?'  (knowing perfectly well, I suspect).   As Dave was setting up for his band, the Lord Lieutenant asked him, 'And do you play any instrument?' to which the answer would be, pretty well  everything except wind ones  (except for Jew's Harp).   Clara was the star of the show, dancing throughout with one of the elderly residents. After they'd played for a while the cake was cut and some more serious drinks were served to those who wanted them.

There was to have been a firework display in Dornoch that night, but it was raining hard and while we took a break at the Dornoch Inn while walking back, it was announced that the display was off, so again we just went back to our hotel.   On Sunday Mary's friend Lyndesay  (who has photos in "Children from the Sky")  brought her over to fetch Mum and took us all back to the Achness, where we had an excellent lunch.   Even more people came in to see   Mum during the afternoon.   Back in Dornoch, we went out to the Castle Hotel, which had a huge log fire in the bar.   We got into conversation with  a US couple on a golfing holiday, who were very interested in my work and  Linda's Druidry, so that filled the evening. They've promised to put Troon on their itinerary next time, so we hope to
see them again.

On Monday morning we had good weather at last, but there was no time to go to the beach, just to walk as far as the golf course before the return journey.   The return trip went fine, with better weather all the way down, and we got back to Troon at nightfall.   We're still tired but we've been catching up with work since, and things are gradually getting back to normal.

Despite Springer in India saying that "Incoming Asteroid!" had been postponed from October 31st to November 30th, and their UK agent saying it was postponed to the New Year, apparently it is now on sale.   If so, I have at least one major BBC interview potentially lined up and will be pursuing that.   As usual, more news as it happens! 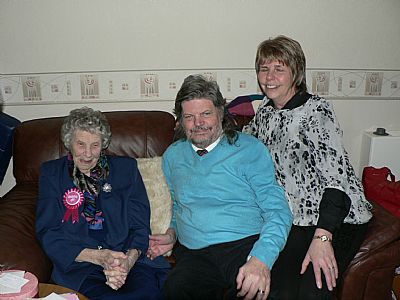 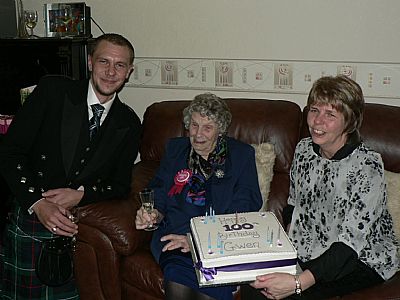 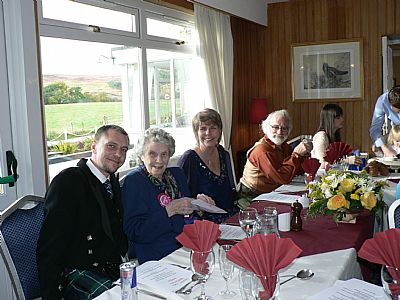 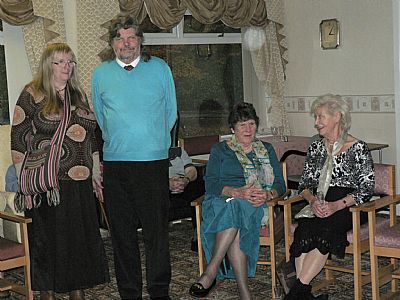 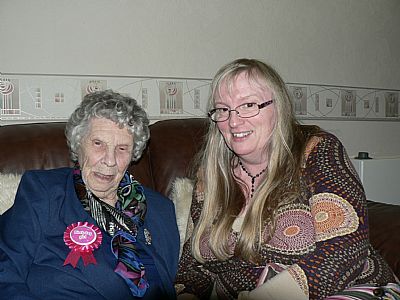